What does 2015 have in store for investors?

We can predict a lot about 2015 with certainty. There will be another Royal baby, the UK political merry-go-round will hit full spin in the run-up to the General Election and Top Gear’s Jeremy Clarkson will court further controversy.

However, developments like pension reform, continuing uncertainty and deflation in the eurozone, the potential for interest rate rises and the weight of cash pouring out of the institutional funds can make investment predictions a daunting prospect for some.

In reality, 2015 will follow a similar path to 2014 for those considering commercial property investment. It will be a year of growing occupier demand that will help to fuel rental growth and increasing investor appetite. The one difference will be that the dwindling lack of supply will increase competition for quality assets and that means many investors will have to increase their appetite for risk to secure the returns they seek.

In this Investment Insight, I aim to give an overview of what we can expect from the year ahead and share some of the views from experts across the sector. In the weeks to come, we’ll also be discussing these issues in more details through further blogs.

Will the General Election affect the commercial property investment market? 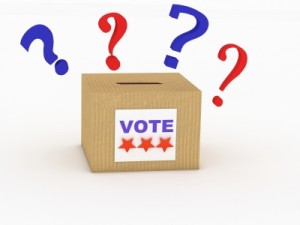 As James said in the last update, I also don’t think the General Election will have a major impact on investments this year. With so little differentiating our major political parties, British politics are perceived as stable and that means most investors are rarely troubled by changes at the top.

Unlike more liquid assets, property is not as quickly affected by political swings and that means it can be a safe haven while Prime Minister David Cameron aims to hold off the advances of Labour’s Ed Miliband UKIP’s Nigel Farage and secure a second term.

The potential issues are the risk that some occupiers may hold off on decisions until after the election and overseas investors may be put off by the prospect of an EU referendum if the Tories hang on to power.

This is a view shared by Caroline Simmons, the head of investment at UBS, who says the election will be a risk, but appetite remains strong.

Even if we see a massive shift in Government and political policy, the impact on the property investment market could take years to crystallise.

How will the faltering eurozone affect the UK economy?

We are already seeing signs of deflation in the eurozone – the European Central Bank revealed that December saw a minus 0.2 per cent dip – and this could have a significant impact on the UK.

The knock on effect of this can cripple economies as it makes debts harder to service, causes falling prices and it can also lead to business and households putting off investment and spending, which hits corporate profits and costs jobs.

Several people are predicting that inflation could remain negative in the Eurozone until later in the year and that causes people to hold off on spending, thinking things will get cheaper as a result. In reality, it will most likely lead to Quantative Easing in Europe and that could have a devastating impact on inflation targets in the UK.

Inevitably, that would force the Bank of England to take further action to prevent our strong growth from stalling. From an investor point of view, this could have a slowing effect on property and yields and it’s something everybody should be aware of.

Where will investors be spending their money? 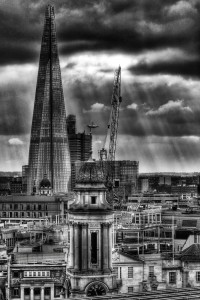 The London investment market is cooling off as all of the quality assets have now been snapped up and that means most investors are now looking to the regions.

The biggest issue is a lack of prime stock. Speculative development has now returned, albeit largely in the distribution and city centre office sectors where there is limited supply for occupiers, and, in any event, investors will have to wait another 18 months for these new opportunities to materialise.

The institutional funds are also under great pressure to spend the mountains of cash at their disposal and that means they – along with overseas investors and other major funds – are having to increase their risk profile, consider secondary stock and look at new locations.

This move down the food chain means there is increasing competition for quality assets and investors will have to work harder to find the right investment. Rougemont Estates specialises in finding these “pockets of value” and we are currently finalising a deal to invest in a long-leased prime retail investment asset that has a captive market and a queue of retailers requiring a presence on the same high street.

Historically, we wouldn’t typically consider retail investments however, having seen the beginnings of the return of the ”High Street” after seven years of devastation, rationalisation and change, it is encouraging to see this discounted investment sector rejuvenating itself.

However, out of town retail remains a concern due to the “online shopping” factor. Likewise secondary retail continues to suffer as the “High Street” has fundamentally changed and contracted leaving essentially prime only.

In general, there is still a significant lack of quality stock and whilst care must be taken, we are still confident about the year ahead. We continue to see opportunities and are working alongside occupiers to maximise their occupational requirements whilst also engineering quality investment opportunities both for syndication and individuals.

Where will money from the pension reform be spent?

Key considerations for the year ahead include the anticipated interest rate rise later in the year, the potential of a new mansion tax and the increased stamp duty. All of these could impact on certain sectors of the property world and that will inevitably have some impact on investment opportunities.

However, perhaps the biggest impact will be from the new pension reforms that allow people to take their cash and invest it where they want. Many will look to invest in property and this new weight of cash, while increasing competition, will also add to the strength of commercial property investment syndicates.

While many may opt for the “bank of mum and dad” option and help their children onto the property ladder, many will be looking to improve the returns on their cash by investing in a range of syndicated commercial property investments.

In 2014, we bounced back. Occupier demand grew, rents began to increase and investment across the UK topped £50bn.

It will be the same story in 2015. The weight of money will continue to drive the sector ahead and, although the total amount of investment will probably be down due to the lack of supply, it will be another solid year with some great opportunities for securing decent returns.

Investor appetite will remain strong as, even with an interest rate hike, returns from property will continue to far outstrip bond yields for the foreseeable future.

As always, this information does not constitute investment advice and the views expressed are purely those of the Directors of Rougemont Estates. These regular updates aim to help you develop your own strategy for investment by sharing clear independent research on what you can expect from the commercial property market in the months ahead.

If you have any thoughts on what lies ahead, I’d love to hear them in the comments below.